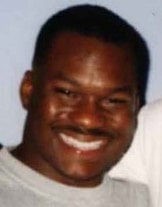 Todd Hill was an account executive with QRS Corporation. He passed away on September 11, 2001, when the Towers fell. Todd was staying on the 17th floor of the Marriott Hotel at the World Trade Center. Todd was known for hearty laugh, effervescent smile, competitive spirit and the great corn cob he’d make for cookouts. Todd was never recovered and his name is inscribed on panel S-46 of the 9/11 Memorial in New York City.

Todd’s parents and friends established a scholarship in his honor at the University of Massachusetts Amherst. His employer, QRS Corporation established an annual employee award, called the Todd Hill Award, that went to the employee who best exemplified the spirit of QRS. Being named the winner of the Todd Hill was one of the highest honors an employee could receive.  The conference room in QRS’ office in New York City was named in his honor and QRS commissioned a  beautiful oil portrait of Todd which was hung in the room.

In 2004 my employer, Inovis, acquired QRS. As a part of the deal, I became the General Manager of QRS’ New York City EDI Service bureau where the Todd Hill Conference Room was located. Inovis continued the annual Todd Hill award. In 2005 the Service Bureau was divested and relocated to Georgia. Before the sale was completed, my CEO directed me to have a high-quality copy made of Todd’s portrait while the original was shipped to his parents in Boston. The copy of Todd’s portrait was hung in Inovis’ headquarters in Alpharetta, Georgia.

Inovis continued the tradition of the annual Todd Hill award. In 2010 Inovis was acquired by GXS. GXS continued the tradition with the GXS Humanitarian and Todd Hill Award for the outstanding community service efforts of one employee each year with a cash award and a matching contribution to the non-profit charity of the award winner’s choice..Please consider making a donation to Todd R. Hill Scholarship Fund at UMass.