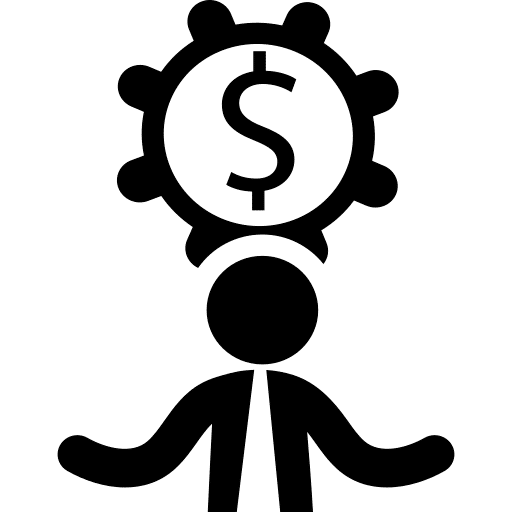 The Money Wheel is a sales deal revenue sourcing analysis tool. It is basically a combination of root cause analysis and cohort analysis and for sales deals. It helps product managers understand what type of traction their offerings are achieving in the marketplace. The majority of the data to do this analysis can be found in Sales Force Automation or CRM systems. This can help them make more informed decisions about prioritization of specific backlog items.

What is a Money Wheel?

The Money Wheel categorizes sales transactions by broad category then by subtype (aka spokes). The Money Wheel helps answer the question ‘what is the root cause of sales success?’ The usual categories include:

Sales transactions are further categorized by the repeatable types of sales transactions. Most sales forces recognize that there is a common pattern underlying the deals they close. Some of these patterns deal with buyer personas; others deal with events that occur in the marketplace that trigger a prospect’s interest in a solution. An example could be:

Sometimes it is easier to look at the data in table form:

As the table indicates, sales focused on expanding usage is the largest contributor to revenue. Understanding how product can reinforce or expand this trend would be important.

The types and ratio of deals for a product will vary as it moves through the Technology Adoption Life Cycle.

Product Managers need to keep this in context. There is no single ideal mix of deal types for every product.

It is also helpful to understand the distribution of deal size by Money Wheel category/spoke. This is a form of cohort analysis.

As the table indicates, deals between $50K and $125K account for the majority of wins.

It is important to look at lost deals as well as wins. You are not going to win every deal but understanding where you are losing deals can help make better prioritization decisions. Here is a summary of wins/losses by category:

You can drill further down by looking at the spokes:

It is not surprising that financial deals focusing on improper use account for the largest portion of lost deal ACV.

Looking at lost deals by tier and spoke can provide more insights into where the sales team is having pain:

Over 40% of lost deal ACV is concentrated in deals between $50K and $100K. Is there something about companies in this cohort that the product’s functionality, positioning, packaging, or pricing is not resonating? And why are large expansion deals over $100K doing so well?

Is It an Execution or Market Problem?

Another use of Money Wheel data is to assess whether a product is having problems because of market conditions or sales execution issues. If you slice Money Wheel data by sales geography you can see if a particular problem is localized or widespread:

In this case the data indicates that there is no nationwide trend associated with wins or losses. If you cut the data by sales rep you will find a few overachievers and underachievers:

Money Wheel Tells You What Happened – Not Why

Money Wheel analysis is just one of the tools in a Product Manager’s bag. It has its uses but it is not a panacea. It tells what happened, but not why it happened. Most sales force automation and CRM systems provide a mechanism to record a reason why a particular deal was won or lost. Experience has shown that the reasons cited by the sales rep often do not correlate with what actually happened with the customer/prospect. Win-Loss Interviews or post decision interviews are an excellent tool for discovering the real reasons why a prospect did or did not buy a solution. Consider the following scenarios:

The ‘No Decision’ Scenario

A net new sales deal progresses all the way to the negotiation stage of the sales process, but the prospect ends up not making a purchase.  The prospect ghosted the sales rep.  The sales rep records ‘No Decision – Status Quo’ as the lost reason.  In a follow-up Win-Loss interview it was discovered that the company had been acquired near the end of the sales process.  The new company was not interested in proceeding since they already had a competitive solution and were going to roll it out to the acquired company.

The ‘No Budget’ Scenario

An existing customer initiates discussions about upgrading the number of users of the product.  The sales rep prepares a quote for a standard upgrade package.  After reviewing the quote the customer informs the sales rep that they do not have budget this year and that they will revisit it next year.  The sales rep records the loss as ‘No Budget’.  In a follow-up Win-Loss interview it was discovered that the upgrade package offered the customer was three times more expensive than their current package, and it included eight new features.  The customer only saw value in two of the features and the benefits of having more users with increased functionality did not justify what the customer considered to be an exorbitant price.  The customer used the ‘No Budget’ excuse to get the sales rep to stop calling them.

A net new customer initiates a long sales cycle that results in a substantial purchase.  At the very last stage in the deal, the sales rep offered a slight discount to the originally quoted price to sweeten the deal and get it closed in Q2.  The sales rep records the win reason as ‘Q2 Promotion’.  In the follow up Win-Loss interview it is learned that the customer was originally going to select a competitor that had similar functionality and a significantly better price.  A critical success factor for the prospect was the ability to have a seamless two way integration between the product and Salesforce.com.  While the competitor claimed their integration was solid, during a trial period they discovered it only partially addressed their requirements and it was prone to failure.  Your company’s integration was rock solid.  They ended up picking your solution, in spite of its significantly higher cost, because it fully met their critical integration need.

The Money Wheel is a tool product managers can leverage to make better decisions.  It is not a rigorous statistical tool like A/B testing.  As noted by Uzma Barlaskar in HackerNoon:

Why you should be data-informed and not data-driven

I’ve used the Money Wheel for over 25 years in startup, mid stage, and laggard software companies. In each case I found it to be a good tool for understanding market and sales dynamics and leveraging those trends to make better product decisions.

With SaaS Valuations Returning to 2018 Levels, Is Now the Time to Buy?