Are AI Writing Tools Going to Conquer the World? 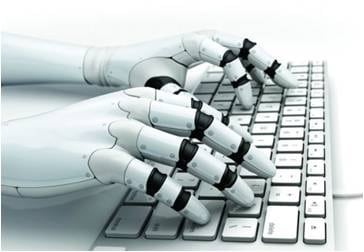 I recently saw that Grammarly, the AI-enabled writing tool, raised $200 million at a valuation of $13 billion. Pretty impressive for a firm that posted about $72 million in revenue last year. I use Grammarly and a few other AI-enabled tools to improve my writing. Last year, OpenAI released GPT-3 (Generative Pre-trained Transformer 3). GPT-3 is an AI tool that can generate short pieces of text to answer questions or from prompts. Farhad Manjoo of the New York Times said that GPT-3’s ability to generate computer code, poetry and prose is not just “amazing”, “spooky”, and “humbling”, but also “more than a little terrifying”. Are AI Writing Tools Going to Conquer the World?

How I Use I Writing Tools

Grammarly is the gorilla in the AI writing tools market. Grammarly was founded in 2008 and its website receives over 7 million visits every day..  Their free plug-in checks for spelling, grammar, and punctuation.  Their premium offering ($12/month) offers word choice suggestions, tone adjustments, inclusiveness recommendations, and many other features.

Grammarly works while you edit your document.  For example:

The ability to catch mistakes while you are typing is very valuable. Over time, you learn not to make the common mistakes that Grammarly flags for you.

Grammarly sends you weekly reports on your writing in large part to encourage you to upgrade to their premium offering.  Here are some excerpts from my most recent weekly report:

The Hemingway App “Hemingway App makes your writing bold and clear. The app highlights lengthy, complex sentences and common errors;  The Hemingway app was launched in 2013 and the web version is free.  The app calculates a Flesch -Kincaid-like reading score that shows the approximate grade level of the text.  It also highlights a number of other issues like the use of adverbs, passive voice, and difficult to read sentences:

After I complete a rough draft of a piece of writing I use the Hemingway App to highlight areas that I need to improve.

As noted before, Grammarly is the gorilla in the AI writing tools market. Here is a brief summary of the market and players:

There have been several recent developments that are worth noting. Israeli startup AI21 Labs raised $20 million in a Series B for a total of $54 million raised.  Wordtune, their GPT-3 enabled tool which will rewrite short pieces of text, launched in October 2020. In 2019, Microsoft invested $1 billion in OpenAI. OpenAI released their beta of GPT 3 ( (Generative Pre-trained Transformer 3). In 2020.

The Rise of GPT 3

In 2015 OpenAI was founded as a non-profit artificial intelligence research company. Sam Altman Greg Brockman, Elon Musk, Reid Hoffman, Jessica Livingston, Peter Thiel, Amazon Web Services (AWS), Infosys, and YC Research pledged $1 billion to the venture (Musk resigned in 2018). In 2019 OpenAI transitioned from a non-profit to a profit enterprise and accepted a $1 billion investment from Microsoft. Microsoft received an exclusive license to GPT 3.  The GPT 3 API is still publicly available, but all of the underlying models and training are exclusively licensed to Microsoft.

According to Wikipedia “GPT-3 is an autoregressive language model that uses deep learning to produce human-like text”. It has been trained on 499 billion byte-pair-encoded tokens, including the entire contents of Wikipedia. As Wired’s Tom Simonte reported:

THE TECH INDUSTRY pays programmers handsomely to tap the right keys in the right order, but earlier this month entrepreneur Sharif Shameem tested an alternative way to write code.

First he wrote a short description of a simple app to add items to a to-do list and check them off once completed. Then he submitted it to an artificial intelligence system called GPT-3 that has digested large swaths of the web, including coding tutorials. Seconds later, the system spat out functioning code. “I got chills down my spine,” says Shameem. “I was like, ‘Woah something is different.’”

GPT-3, created by research lab OpenAI, is provoking chills across Silicon Valley. The company launched the service in beta last month and has gradually widened access. In the past week, the service went viral among entrepreneurs and investors, who excitedly took to Twitter to share and discuss results from prodding GPT-3 to generate memes, poems, tweets, and guitar tabs.
Did a Person Write This Headline, or a Machine?

The Controversy of AI Writing Tools

AI writing tools have inspired a fair amount of controversy:

Alan Asnen, an editor with 50 years of experience, wrote a fascinating article on Medium entitled “Grammarly Must Die.  He wrote:

As noted by my good friend, the excellent writer, Emilia Smith , the one best purpose Grammarly serves is as a spell check for writers prior to submitting an article for publication. They may wish to consult it further — if they are extremely careful and are knowledgeable of English grammar themselves. But they should be warned of the many mistakes in grammar that Grammarly “suggests.” Also of the homogenization of language that steals a writer’s personal voice which Grammarly is insistent upon doing.

No editor worth carrying the title — volunteer or not — should be dependent upon a robot to do any of their work.

If any publisher finds that any of their editors are reliant at any point upon Grammarly or any other robot, that person should be summarily dismissed. And this should become a platform-wide policy because it is best for every writer and every publication here.’

As noted by Wired’s Kim Lyons:

College student Liam Porr used the language-generating AI tool GPT-3 to produce a fake blog post that recently landed in the No. 1 spot on Hacker News, MIT Technology Review reported. Porr was trying to demonstrate that the content produced by GPT-3 could fool people into believing it was written by a human. And, he told MIT Technology Review, “it was super easy, actually, which was the scary part.”

Over six months, a group at Georgetown University’s Center for Security and Emerging Technology used GPT-3 to generate misinformation, including stories around a false narrative, news articles altered to push a bogus perspective, and tweets riffing on particular points of disinformation.

“I don’t think it’s a coincidence that climate change is the new global warming,” read a sample tweet composed by GPT-3 that aimed to stoke skepticism about climate change. “They can’t talk about temperature increases because they’re no longer happening.” A second labeled climate change “the new communism—an ideology based on a false science that cannot be questioned.”

“With a little bit of human curation, GPT-3 is quite effective” at promoting falsehoods, says Ben Buchanan, a professor at Georgetown involved with the study, who focuses on the intersection of AI, cybersecurity, and statecraft.

In experiments, the researchers found that GPT-3’s writing could sway readers’ opinions on issues of international diplomacy. The researchers showed volunteers sample tweets written by GPT-3 about the withdrawal of US troops from Afghanistan and US sanctions on China. In both cases, they found that participants were swayed by the messages. After seeing posts opposing China sanctions, for instance, the percentage of respondents who said they were against such a policy doubled.

AI writing tools are here to stay. I have seen firsthand the benefits of basic AI-enabled writing tools.  On a year-to-date basis, my blog traffic is up 21%. I believe that my use of tools like Grammarly and the Hemingway App has played an important part of that growth. The recent VC activity investing billions of dollars into the market is a sign of things to come. While AI writing tools may have some drawbacks, AI writing tools are not going to conquer the world.