Product Managers: Should You Ever Fire Some of Your Customers? 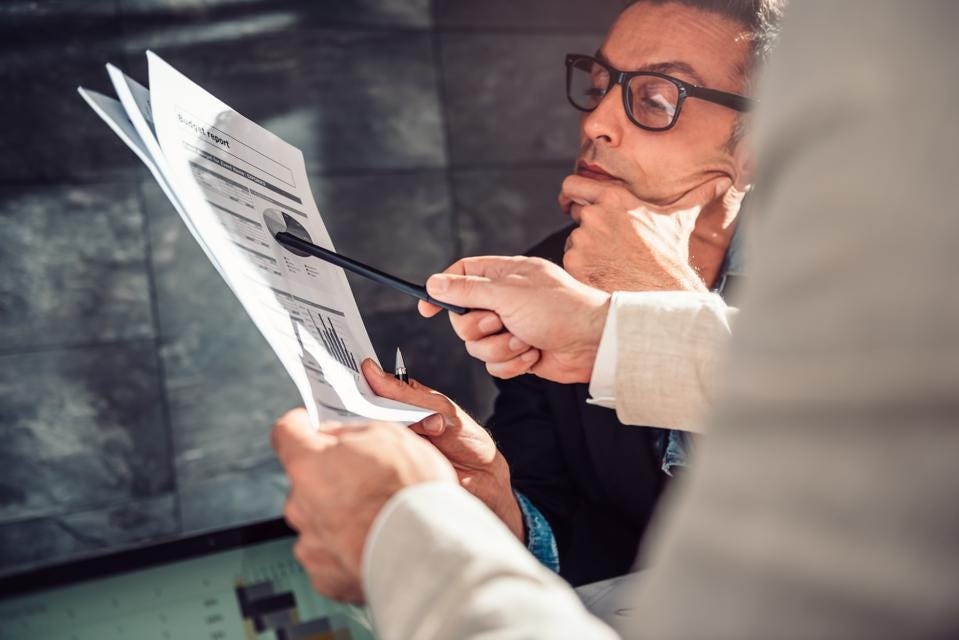 Four Examples of When SaaS Companies Fired Some Customers

Gitlab, a provider of DevOps tools, recently went public and now has an enterprise value of almost $19 billion.  In the past year, they have generated about $200 million in revenue.  They are one of the most highly valued SaaS companies with an Enterprise Value/Revenue ratio of 86.02x.  Gitlab was founded in 2013 as a free open source product. In 2014 they shifted strategies and adopted an open-core business model.  The open-core model is a business model for the monetization of commercially produced open-source software.

In their updated registration statement filed with the SEC, Gitlab noted:

The DevOps Platform is available to any company, regardless of the size, scope, and complexity of their deployment. As a result, we have a large number of customers on paid trials or with single-digit users. Customers with less than $5,000 of ARR collectively represent approximately 7% of our ARR for fiscal 2021 and approximately 6% of our ARR as of July 31, 2021. Additionally, the vast majority of these customers were part of our Starter tier, our lowest paid tier, which we announced the end of life for in January 2021.

In essence, GitLab fired its smallest customers.  They shifted their focus to larger enterprises they called Base Customers.  Base Customers had more than $5,000 ARR in any given period..  The results were significant:

To drive and sustain revenue growth, Gitlab shifted from its open-source roots to focus on enterprise-scale customers.

Inovis was a supplier of B2B integration solutions.  They operated the third largest Electronic Data Interchange (EDI) network. Inovis was originally known as Harbinger Corporation, which was founded in 1983.  At its peak, it had over 40,000 customers.  Harbinger was acquired by Peregrine Systems in 2000.  Golden Gate Capital carved Inovis out of Peregrine in 2002.  I joined Inovis as VP of Product Management in early 2003.

In early 2003, Inovis experienced a serious cash flow issue. A new CEO and CFO were brought in. One of her first tasks was to find some ways to quickly raise revenues and increase cash flow. In the course of one of her operational reviews, we presented a Pareto analysis and revenue tiering analysis of our 10,000 customer EDI Value Added Network business.

The analysis revealed that out of the 10,000 EDI VAN customers, 2,500 customers were responsible for only 7% of the total revenues.  These customers were on month-to-month contracts that had no minimums.  Their average monthly invoice was between $25 and $50.  Additionally, this segment of customers was responsible for almost 40% of our customer service caseload.  The majority of these customers were small apparel manufacturers with limited technical skills.  Their end customers, major retailers like Macy’s, Dillards, and Wal-Mart required them to use EDI to receive orders, end shipment notifications, send invoices, and receive remittances.  Invois had to send them invoices each month, process payments, and resolve payment problems, etc.  In short, these were not valuable, or profitable customers.

The CEO decided to implement a radical program at the time.  Month-to-month contracts with no minimums were eliminated.  Customers had to move to a prepaid annual subscription that cost $1,500 – basically, double what they had been paying before.

More than half the customers did not move to the new plans.  Their service was cut off after two months.  While not popular, the strategy paid off for Inovis.  Revenues from this segment of customers actually increased.  Invoice and payment processing costs were 1/12th of what they were before.  The company received a large cash infusion from the prepaid contracts.  Customer support expenses declined dramatically.  In short, revenues, profits, and productivity increased.

If you would like to learn more about the analytical techniques used in this process, check out Why Pareto Analysis is Important for Product Managers

In 2007, Internet Commerce Corporation (ICC)  acquired Easylink.  ICC was a $20 million provider of EDI services.  Easylink was a $60 million provider of EDI services and outsourced enterprise fax services.  The deal was financed by debt provided by a private equity investor, York Capital Management. I was hired by ICC to lead the operational aspects of the acquisition and integration.  I joined the combined company as the EVP of Product Management and General Manager of their outsourcing services.

While EDI has been around since the Berlin Airlift, fax is one of the oldest B2B technologies.  The first fax was sent in 1860.  The samurai in Japan were not abolished until 1868.  That means there was a five-year period when a samurai could have sent Lincoln a fax warning him about his assassination in 1865.  The online fax market will be over $1 billion this year – 161 years after the first fax.  Some technologies just won’t die.

Easylink traced its roots back to AT&T.  Over the years they had built up a large fax customer base.  Unfortunately, the customer base had some similarities to the Inovis customer base. We did a Pareto and revenue tiering analysis.  It revealed that large enterprise customers, which accounted for 20% of the customer count, contributed over 80% of the revenue.  The flip side was that a large number of customers only contributed 20% of the revenues.  These customers were on month-to-month plans with no monthly minimums. They needed to be invoiced every month, payments processed, and delinquencies handled.  They also were responsible for a significant portion of the customer support caseload.

Easylink introduced a program to move these customers to prepaid annual subscriptions.  Unlike Inovis, there were no short-term financial crises driving the need for change.  While Easylink had revenue, EBITDA, and cash flow covenants to meet, they were more driven by management’s historic approaches to running profitable businesses.  The affected customers had their effective price doubled.  Like Inovis, about half of the customers did not move to the new plans, but once finished the program delivered high revenues, profitability, cash flow, and productivity.

Marketo, a provider of marketing automation solutions,  was founded in 2006 by a group of ex-Epiphany executives.  It went public in 2013 and was struggling in 2016 when its revenue growth rate declined by 50%.  Marketo was executing a growth at any cost strategy and had posted -$50 million in EBITDA.  They were acquired by Vista Equity for $1.79B – a 62% premium over its prior closing price.  Adobe acquired Marketo from Vista in August 2018 for $4.75B – a hefty return and Vista’s single largest exit to date.

Vista brought in a new CEO for Marketo – SAP executive Steve Lucas, who had significant experience in growing enterprise software businesses. Lucas executed a big strategy change.  Before, Marketo targeted the entire market – small to medium business, mid-market enterprises, and true enterprise-scale organization. Marketo was having difficulty competing on the low end against Hubspot, and at the high end with Salesforce and IBM.  Lucas decided to focus on large-scale enterprises.  He wanted to become the marketing automation platform of choice for enterprise CMOs.  He made significant changes to the product roadmap and salesforce.  He didn’t ‘fire’ his low-end customers.  He simply redirected his investments to the enterprise space.

Why Would a Product Manager Ever Want to Fire Some of Their Customers?

By the time a product reaches the Late Majority stage of the technology adoption life cycle, it generally has built up a large, legacy customer base.  While the TALC has been shortened in 2021, the reality is that many SaaS businesses have customer bases where every customer does not contribute equally to revenues, profits, and cash flow.

Product managers in mature businesses can struggle.  Sometimes a fundamental strategy reset is required.
As a part of their regular annual planning process product managers should re-examine their customer base.  They should look at Pareto and MoneyWheel analyses and determine if a strategy change is warranted.  Firing a subset of your customer base is never a popular decision.  Sometimes business conditions mandate it.  Other times it can provide the resources needed to fund new innovations to drive long-term growth in enterprise value.